In Chiclana-Cadiz, in response to the need for solutions to the area on the banks of the Iro River, we proposed 4 large columns to clearly define this urban space. Four columns that are four small towers.

This proposal was made after studying in depth the renovation of the large bridge deck that had been under construction for some time and understanding the situation not only as the solution to a specific problem but also one that required a more general response.

The three parts that make up this project are: 1 the deck of the new bridge, 2 the river banks and 3 the four towers.

The new bridge deck:
A Public Space is proposed for this deck; benches to the sides, two cafes with their respective service spaces, an information kiosk and steps. A large public space, 60 x 30 meters, is thus given back to the city.

The river banks:
In respect for the existing structures recently built along the banks, on the banks where no interventions have yet been made, we propose a very wide running bench that serves as protection while affording panoramic views of the river and the city.

Towers:
What we call Hercules’ columns are four cylindrical towers, all very white, measuring approximately 60 meters high and 16 meters in diameter, which will house offices and apartments. They will be very simple and emphatic, white and cylindrical, almost like four cigarettes on edge. All of the towers will have the same cornice height so that they define an upper horizontal plane. The two identical towers at the entrance of Chiclana will define this access as if it were the main Gate to the city.

Our intention is that the project serves as a turning point for the idea of Chiclana as a new city for the future. 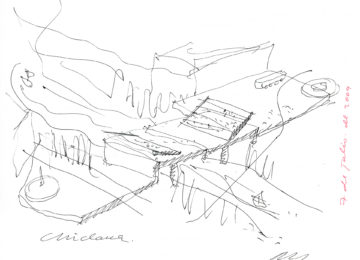 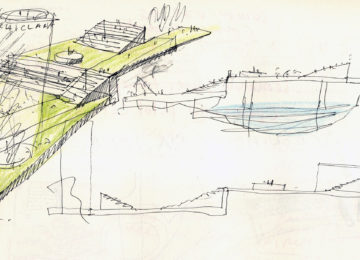 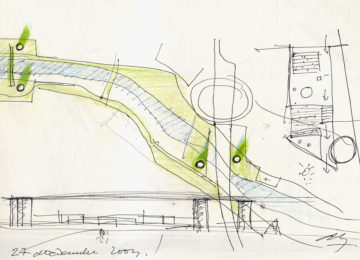 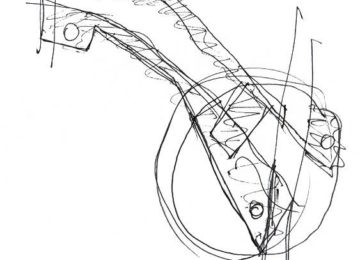 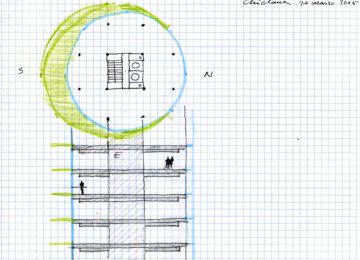 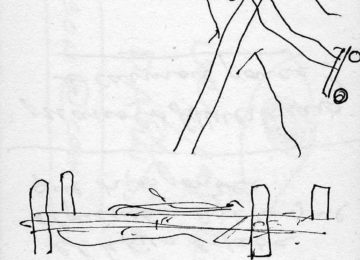 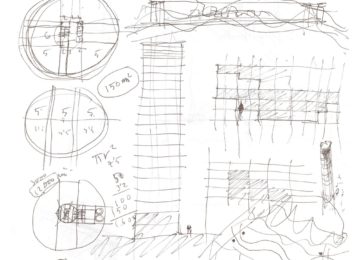 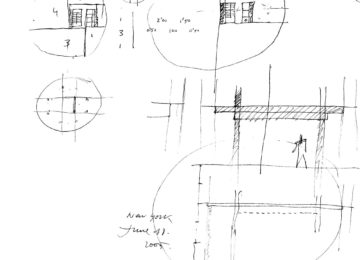 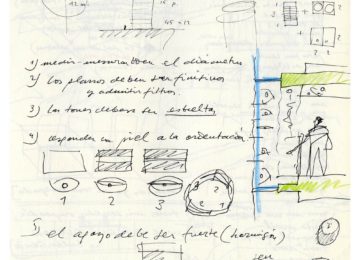 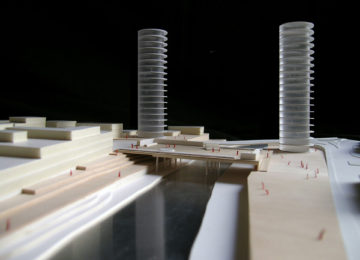 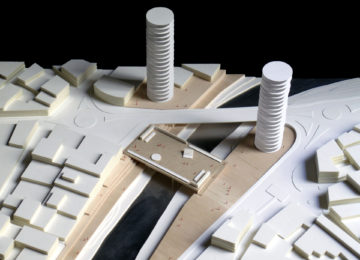 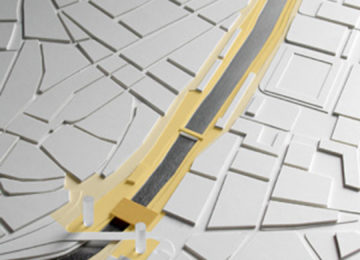 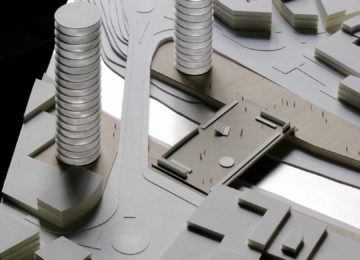 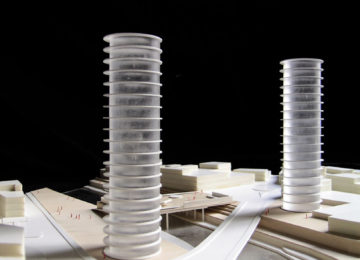