This project resulted from a first prize awarded in a national competition organized in 1977.

In an area of dispersed buildings lacking a consolidated urban fabric, the creation of two squares, formed by the architectural pieces containing the required functions of the city hall, is proposed. The rectangular site is delineated by three roads and a forest on one of the long sides. The main building, with its easily recognizable symbolic elements, “the clock tower” and “the mayor’s balcony,” is located at the center, between the two squares. One of these has a more restful character and the other a more cultural. The long edges are unified by porticos, and the other two elements at the short ends house other service functions.

The central building is quite transparent, very open to the north, and somewhat closed to the south. The whole is resolved by a formally contained and simple, white, architecture, which together with a stone architecture is the most common in this area of the country. 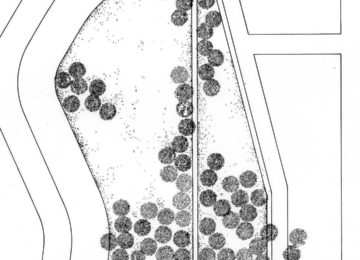 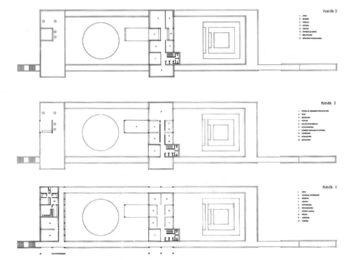 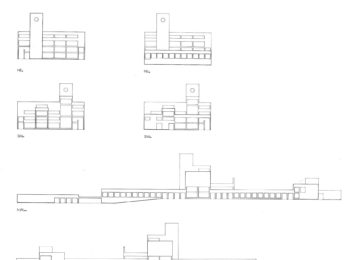 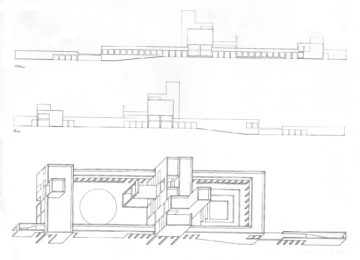 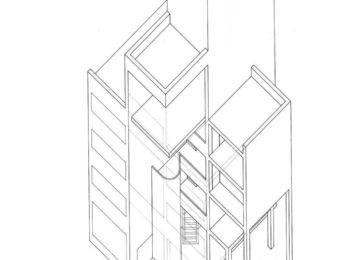 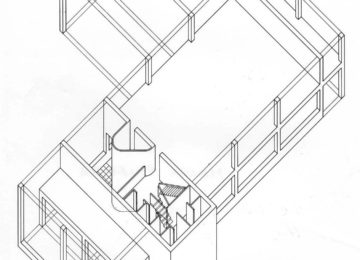 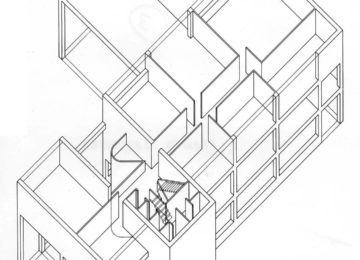 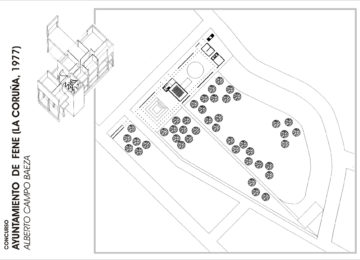 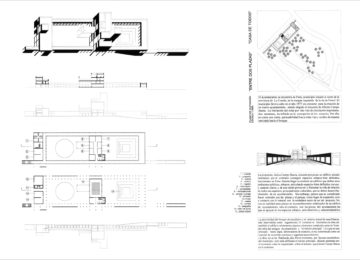 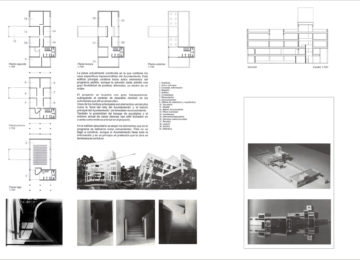 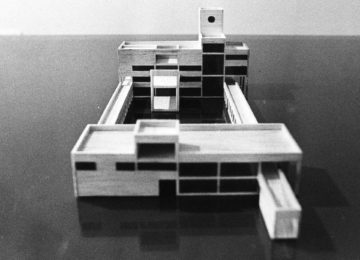 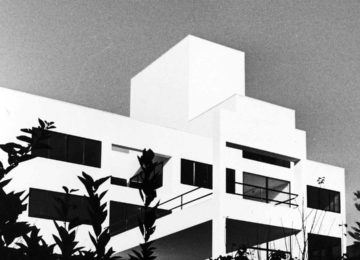 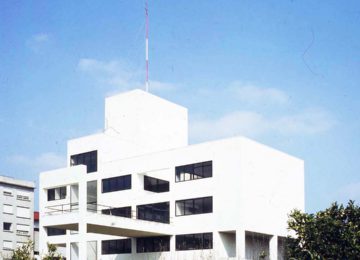 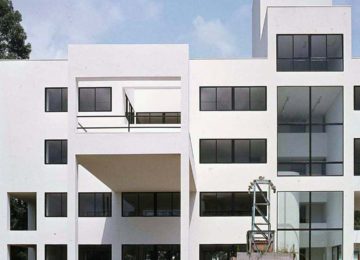 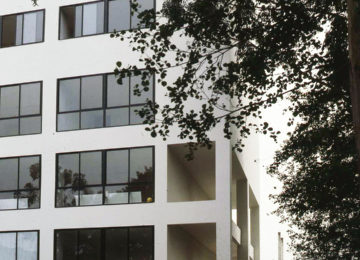 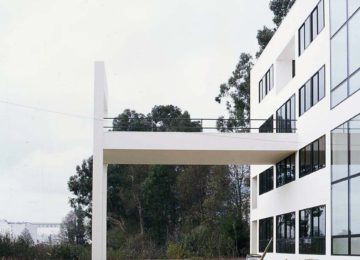 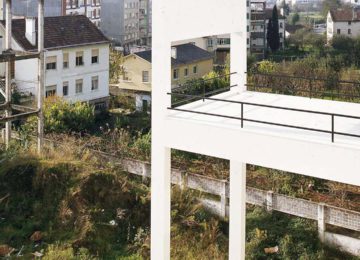 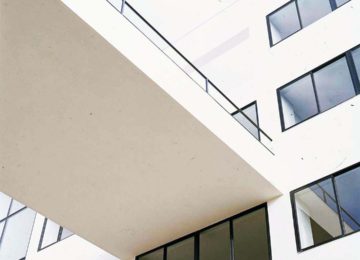 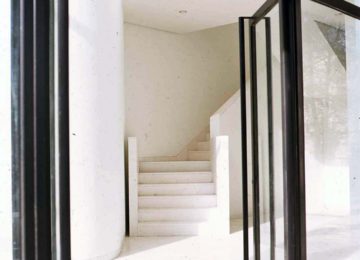 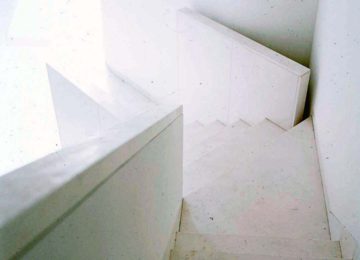 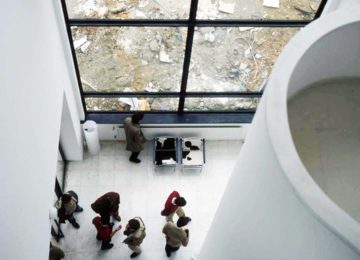 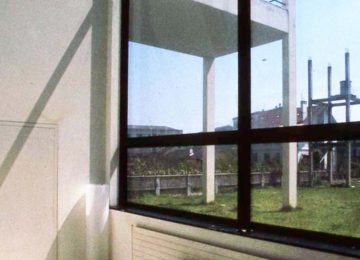