This building, with its great white facade overlooking the sea, is conceived of as a continuation of the long and extensive white walls of the old “maritime” cemetery of Cádiz.

A finished volume is worked with in order to mend the urban fabric within the limits marked by the streets.

The irregular trapezoidal site is regularized through the efficient mechanism of square courtyard around which the circulation winds. Its square form is accentuated by four palms arranged on its stone paving.

The more public spaces are located in the part of the building which looks to the sea, and are more intensely controlled. A deep, double order opening, expresses to the city the public nature of the building, and groups together the library and cafeteria spaces. The shadowed depth is tensed by the solid sunlight captured by the high circular skylight.

The space which hierarchically presides over the building is the main triple height hall where all of the circulation patterns converge. Its verticality is tensed by diagonal light from the high skylights, and made continuous by the eye-opening to the sea, supported by an intermediate plane which makes that view possible. A vertical space tensed by a diagonal light. 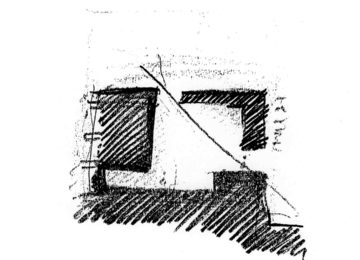 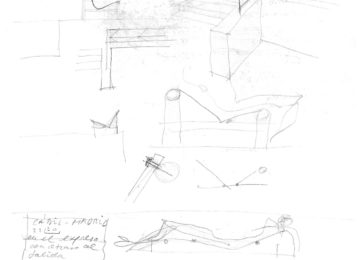 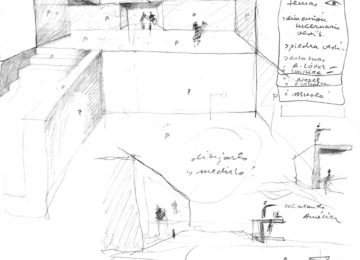 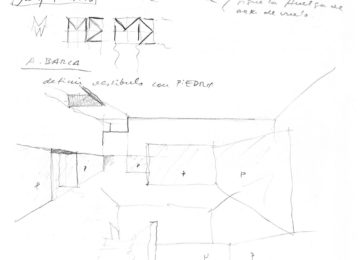 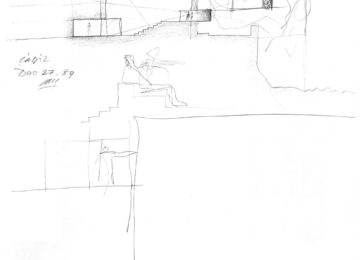 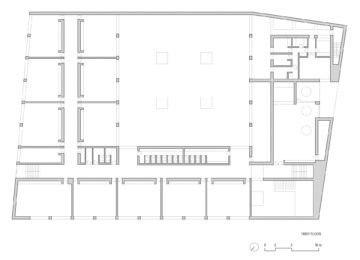 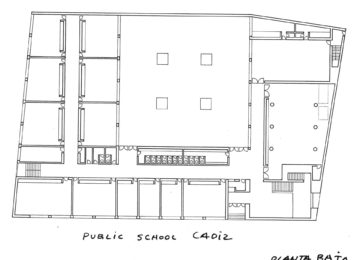 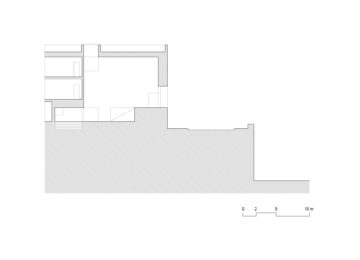 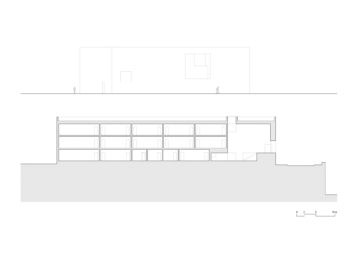 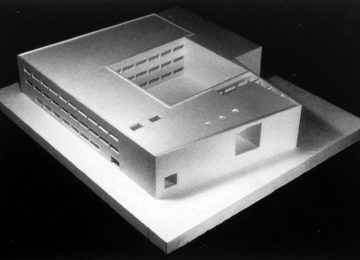 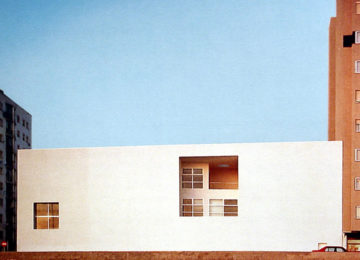 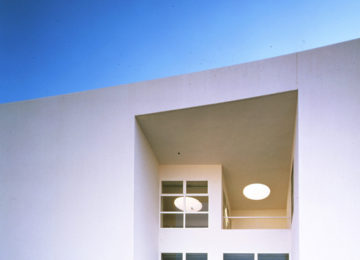 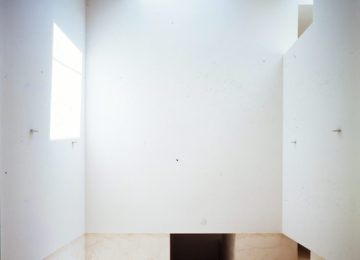 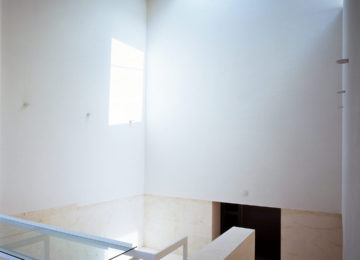 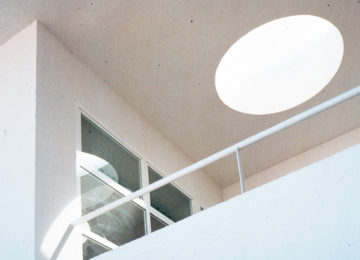 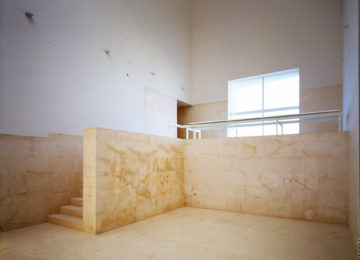 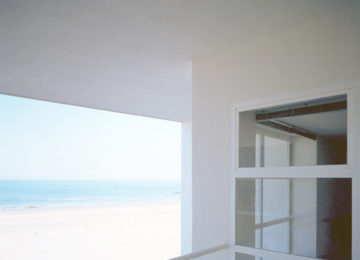 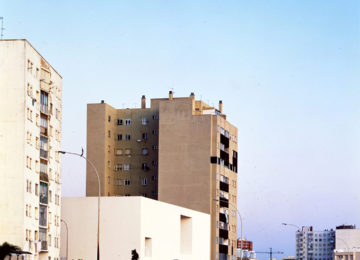 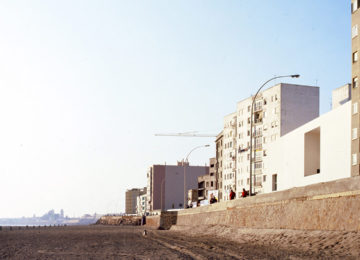 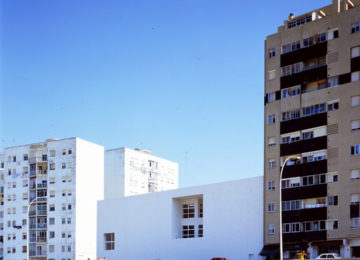 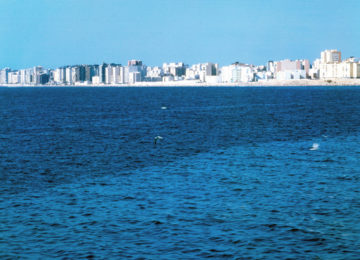