The phrase festina lente’ (make haste slowly) is attributed to the Emperor Augustus when calling on one of his commanders to act with a proper balance of urgency and deliberation.

And I would urge my readers to employ that deliberation when reading this collection of texts that I have had the patience to rewrite, clean and refine, and to seek that same clarity that Ortega demanded as a courtesy to philosophers.

It is my fervent hope that this work will be useful, especially for students of Architecture and for all who read these redrafted texts.

The adage festina lente is the sixth of the seven emblems of the University of Salamanca inscribed on a stone panel with a very expressive,  symmetrically engraved image of an anchor (slowness) and a coiled dolphin (speed), which already appeared on certain coins minted for the Roman emperors. 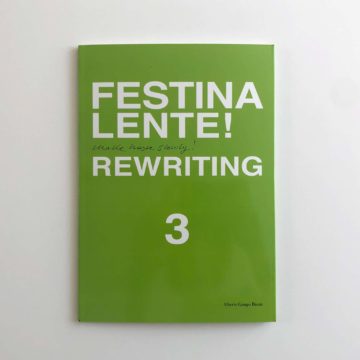 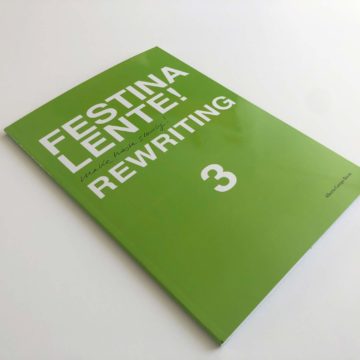 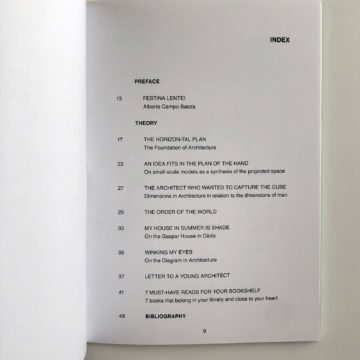