I have read LAS VELADAS of St. Augustine. A text that some doubt that it is his, but that I, after reading and enjoying it, have no doubt about its authorship.

It is said that St. Augustine began his conversion after reading Cicero’s HORTENSIUS. And Cicero is said to have been inspired by Aristotle’s Protrepticus. The same Protrepticus seems also to have inspired Marcus Aurelius in his MEDITATIONS. And much of this spirit is said to be reflected in Augustine’s CONFESSIONS.

But, before the Confessions, St. Augustine had written a jewel which is the VELADAS. He wrote it in his youth and it is a text of such a beauty that it is directly in your heart. Of course, the translation by the Argentinian Antonio Loiácono, from 1945, is very beautiful, exceptional. It reads with a fluency that is equal to the intellectual enjoyment that its reading is capable of producing, and to the spiritual good that it produces.

There are authors who say that it is not by St. Augustine, but Loiácono’s text is so good that it is worth reading. On my desk, now, just arrived, the 1932 version of Fr Mier.

And just as it is incredible that Aristotle’s Protrepticus and Cicero’s Hortensius have been lost, it is incomprehensible that these marvellous Evenings of St. Augustine, translated by Loiacono, have not been reprinted. 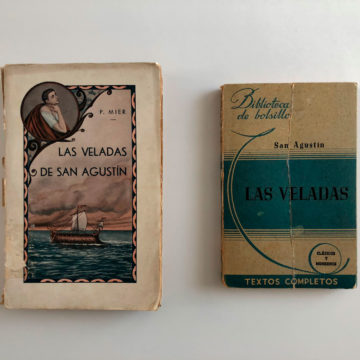 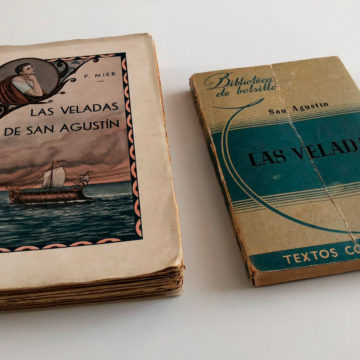 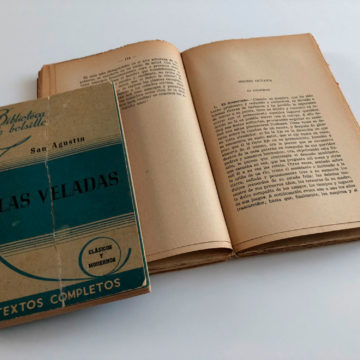