3,000,000 views. Three million views. By August 2007 architect Campo Baeza’s photo stream on FLICKR, had received three million views. More than three thousand times one thousand. More than three thousand by a thousand. Hardly believable but true. Can the photographs of the works of an architect posted on a social network receive such an enormous level of viewers in such a short space of time? Yes, they can.

“I want to have a million friends” sang Roberto Carlos, a famous Brazilian Singer of the seventies. Well, Campo Baeza has done it. Three million views on FLICKR means three million friends. Similarly, it would appear that the desire of the Spanish poet Federico García Lorca “I write to be loved” has in this case been more than fulfilled.

When Campo Baeza was a child, friends told his father that he was the “the king of the ones”, because all his children were number one in their class at school. So now the figure has reached 3,000,000.
The architect recalls how it all started. Some years ago a Swedish architect, Petter Palander was working with him. Apart from designing his second website, the Swede registered him with FLICKR. And within a few weeks they had more than 10,000 views. It was clearly very efficient. The Swedish architect returned home and Campo Baeza, who is in no doubt about the importance of online media in this third millennium, commissioned Massimo Vignelli, the greatest graphic designer in the world and a good friend of his in New York, to design his third and definitive website. And so his marvelous website www.campobaeza.com was created, which is well worth a visit. But although the website has had more than million visitors, it will be some time before it reaches the three million registered on FLICKR.

FLICKR is a top-quality blog, which has become perhaps the most important on-line image-hosting website. Ease of access, balanced commentaries and the enormous quality of the photos on view are all factors that combine to create the prestige of the medium.

I am told that the event was celebrated at Campo Baeza’s Studio with Moët Chandon. 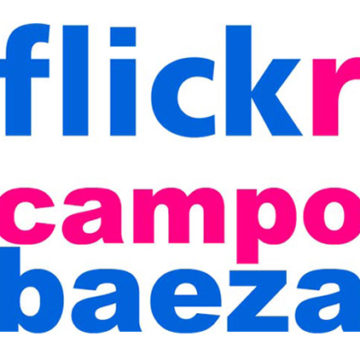