A commemorative architecture was asked for to mark the entrance to a park in S. Doná di Piave in Venice, alongside two other structures commissioned from Aldo Rossi and Alvaro Siza by the client. A classical theme to elaborate for a new century. The concept is a great cube, to which flowers are offered, and which on the diagonal gives access to the park.

A right angle is formed by two white walls, each measuring six by six meters, so that the visitor when facing it understands the cubic form. A two by two meter opening is cut into the prow to be used as a door, and to give scale to the intervention.

On the interior white-flowering jasmin and wisteria vines are planted. As they grow they will extend from the cube, and fall through the air covering the white box. Thus raising hundreds of flowers to the cube will multiply them with mathematical logic into millions of flowers, making myth this gate of flowers. 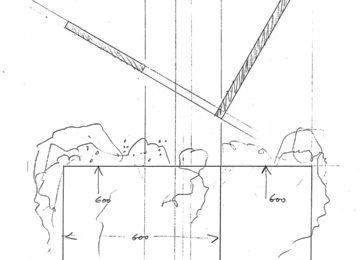 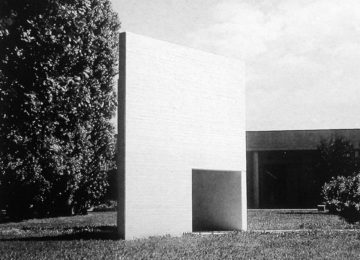 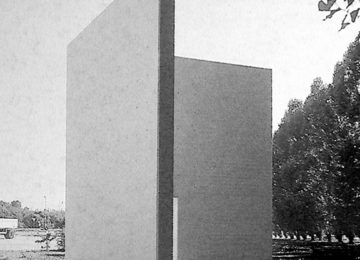 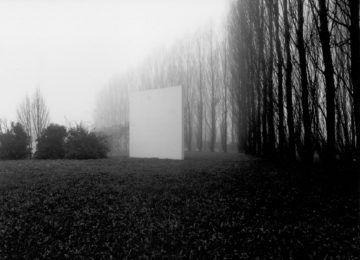 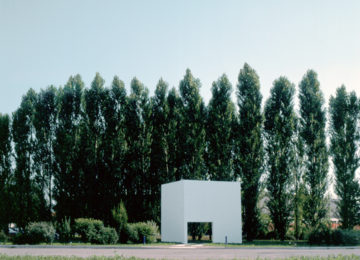 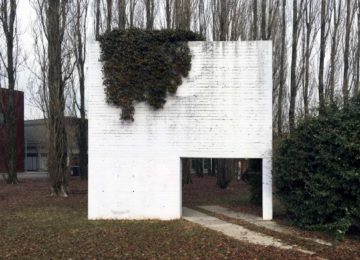 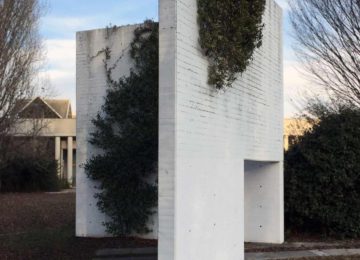 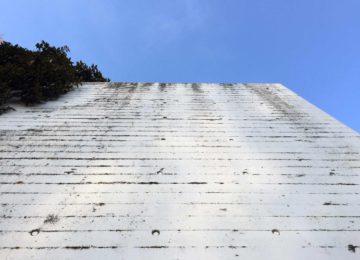 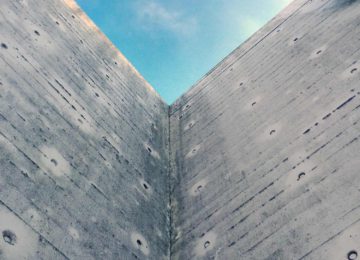