The building, raised in stone upon the outlines of an old palace, is conceived of as a courtyard building, generated by the dialogue between two “L” shaped pieces.

The first contains the two historic facades, which re-elaborate in stone all of their elements. The character of the wall is underlined not only in the treatment of the stone (with horizontal striations) but in the greater depth of all its openings.

The second “L” is also elaborated in stone, in this case treated with the polish of a skin. The openings appear scratched into its surface, flush. The corridors to the courtyard appear as light elements. On the ground floor the volume of the conference room advances upon the courtyard in the gesture of anopening fan. The main stair rests upon it, and continues with the same unfolding rhythm. This gesture is completed by the strong prismatic prow containing the general stair.

Finally, a third element is introduced, the white-painted metallic structure supporting the glazed skylight that covers the courtyard. The introduction of this tectonic element gives value to the stereotomic stone box that contains it. The white structure formed by telescoping columns and delicate triangular trusses has a double function. On one hand it is an effective architectural mechanism, causing light to vibrate, materializing, when intersecting with it. On the other hand, the compositional axis defined by the main facade and the great arched entry is turned ninety degrees, ordering the space longitudinally with the columns. 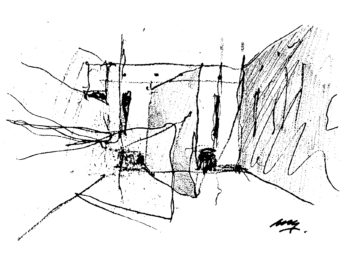 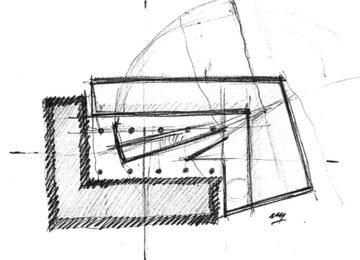 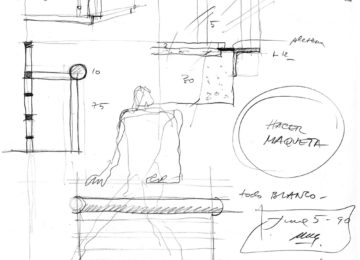 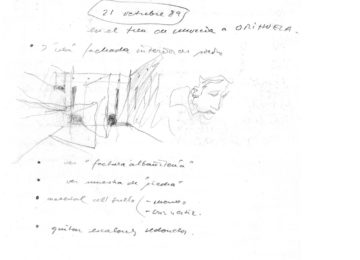 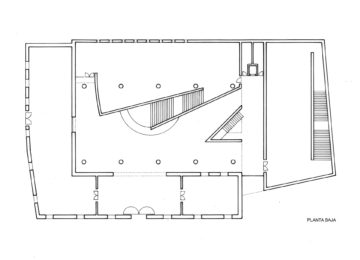 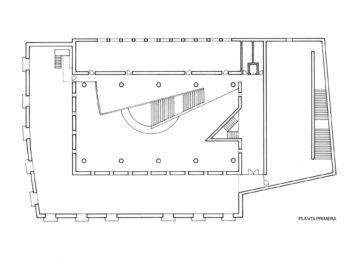 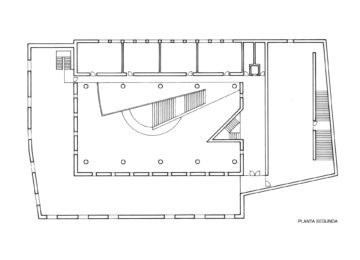 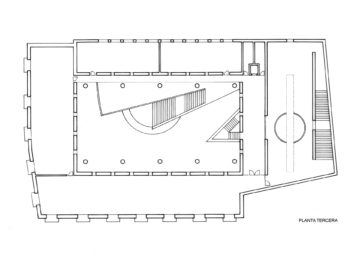 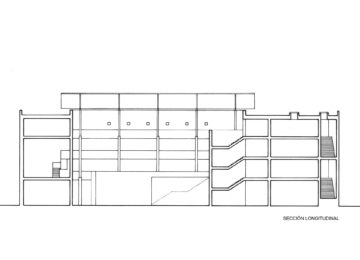 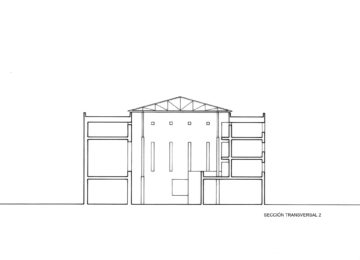 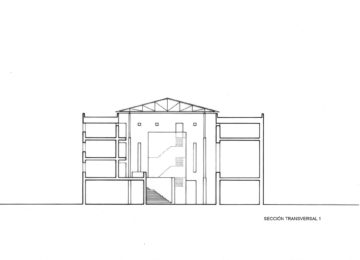 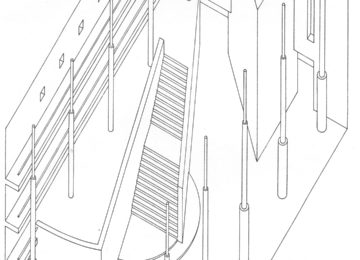 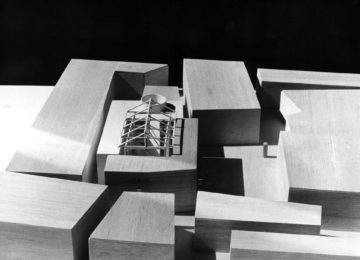 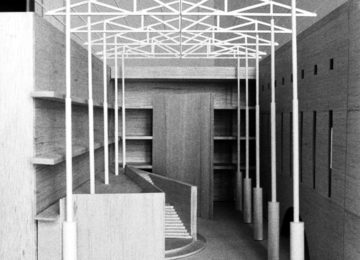 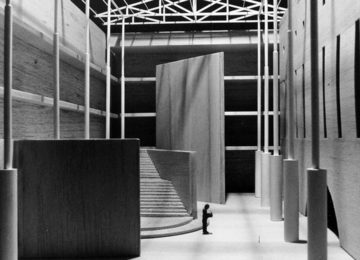 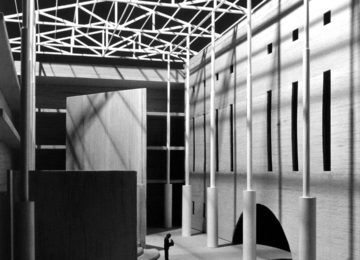 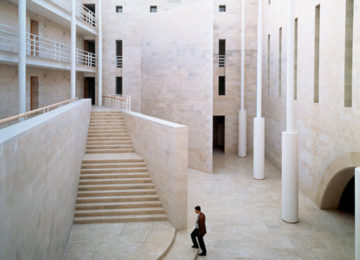 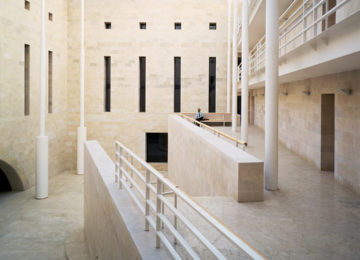 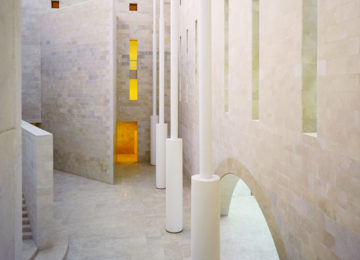 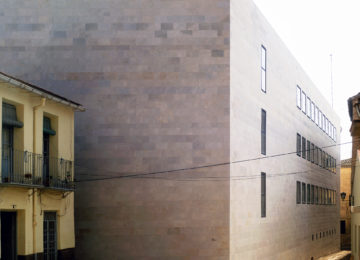 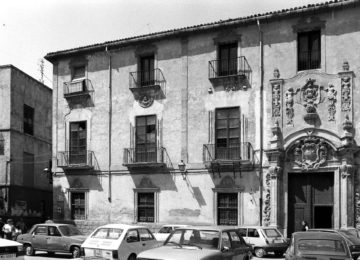