The Castle of San Sebastian is one of the loveliest places in Cadiz. Floating on the Atlantic like a ghost ship, it rises against the horizon as if the city of Cadiz had extended its hand out to the sea.

Even today the military fortification there is full of narrow passages and galleries made during the last century, raising its strong stone walls against the sea, resisting the pounding of its waves.

The stone podium made by the existing fortification walls is used as the base and a large horizontal platform, made of reinforced concrete is established at the highest level of the fort. Like the deck of a ship.

The different functions that needed will be housed beneath this platform: areas for eating, exhibition and education. 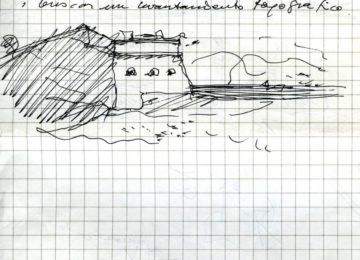