This is the winning project in a national open competition organized in 1978. The jury noted as its highest virtues its global vision of the problem and its resolution with the maximum economy of means.

The competition addresses the reorganization of the Cathedral Square in Almería. A simple architecture “without architecture” is proposed. The ground is paved with white Micael marble, the same as the sidewalk paving in the rest of the city. Twenty-four palm trees, taller than the cathedral itself, are located, which, like the columns of an airship, order the space presided over by the renaissance facade by Juan de Orea, as if it were an altarpiece.

The intention is to take “more with less” to its most radical extreme. 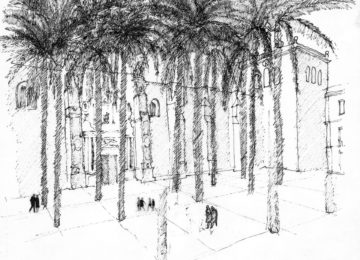 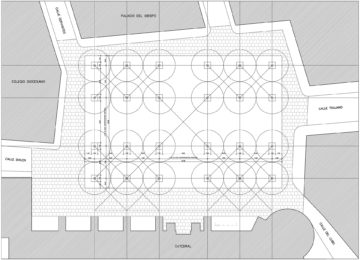 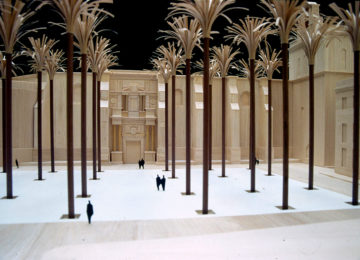 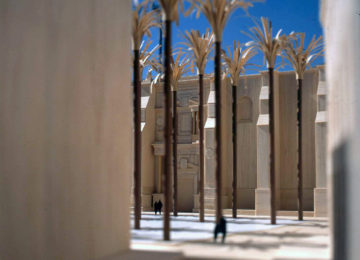 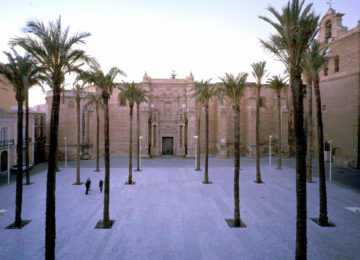 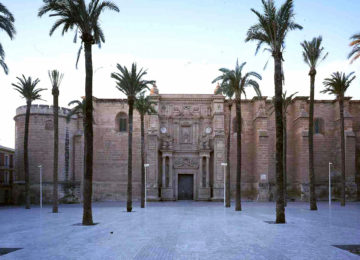 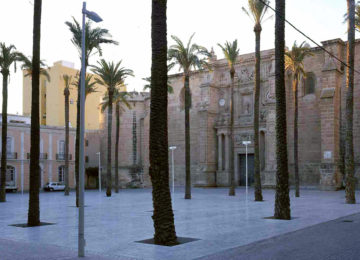 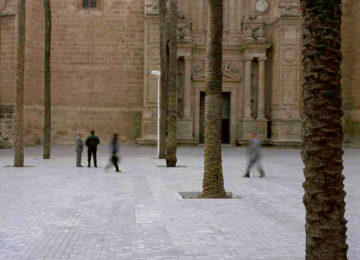 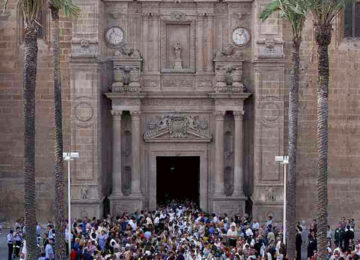