An architecture of light and shadows is proposed for this airport for the twenty-first century. A great concrete and stone box to frame the incredible view south towards a red mountain that rests Sphinx-like over the Atlantic.

The airport building is intended to be memorable, unforgettable, a concrete structure of enormous columns and beams to be clad with stone, to frame light and landscape. This structure not only conveys the earth’s gravity, but a sense of order.

The circulation is organized around a courtyard, the source of light, which is dominated by a group of palm trees almost as if it were an oasis. On the rooftop, with privileged views, there is a shaded garden.

Instead of building yet another airport with easily outdated technology, the concept is to thoughtfully build an idea capable of resisting the passage of time. 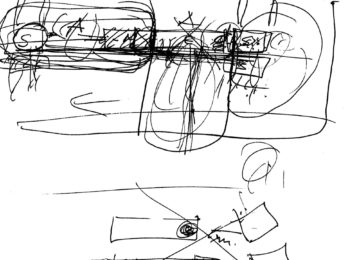 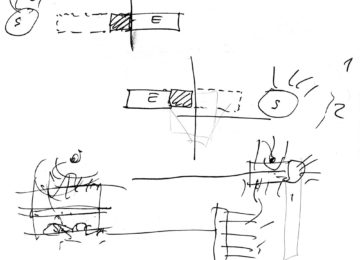 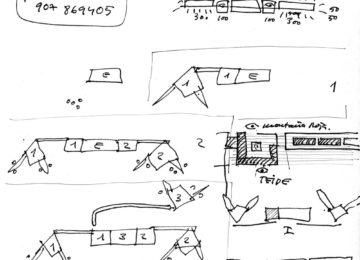 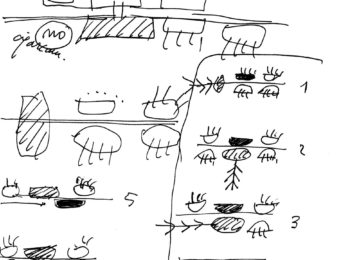 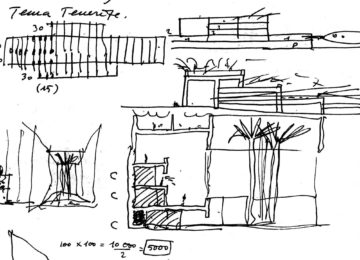 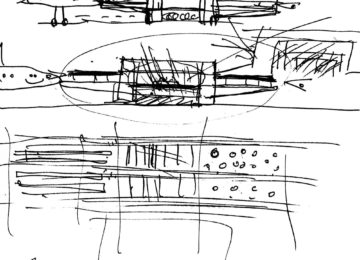 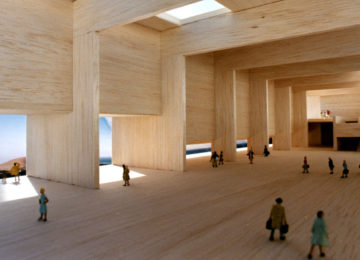 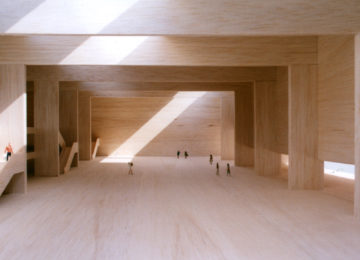 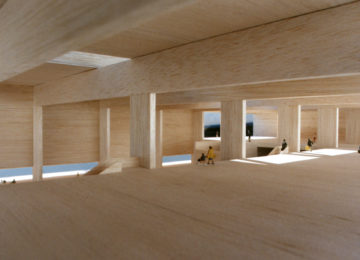 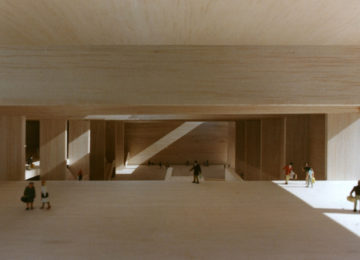 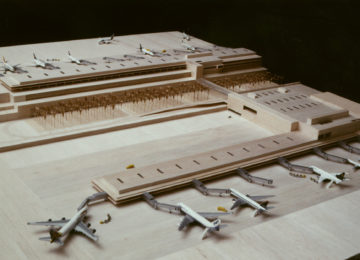 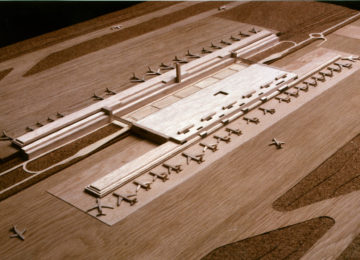 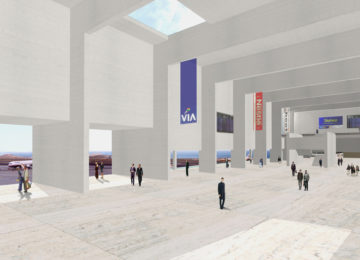 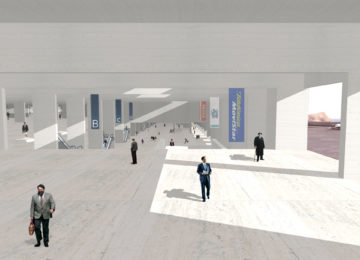 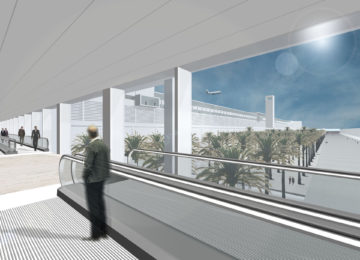