Facing an extraordinary black landscape due to the picon (ash or lapilli) of the volcanic island, with the distant horizon and the sea in the background to the west.  And a natural ring of hills that surround a flat area that reaches to the sea, with a seawater lake in the center, where these white salt mines were created in the past century.

Given this landscape of the Salinas de Janubio (the Janubio Salt pans) in Lanzarote, a black, radical and emphatic plane is proposed over the hills, in the center.

Black.  A black plane of concrete made out of the island’s volcanic ash.

Radical.  Completely horizontal.  Its western edge marking a parallel line to the distant western horizon of the sea where the sun sets.  In order to contemplate that lunar landscape.

Emphatic.  As if it emerged from the same flattened out ground.  A large slab of concrete, 90 x 90 meters, without any element rising from it that could diminish its strength. As a result, to reach the Centro de Interpretacion del Paisaje we must go down, “plunge” through some holes that serve as entries to the Center.  As if through a horizontal door.

This powerful plane, located at the highest point in the landscape in the center, advances with a projecting structure.  And under it, the requested functions are located in a glass box parallel to the line of the horizon, as if it were a bird’s nest: the Center for Nature Interpretation, the Store and the Restaurant.

Above, from the transparent box facing the sea and with the saltpans at its feet, everything that goes on there becomes clear: the extraordinary landscape of the saltpans. Nothing more and nothing less.

From the road, as both a point of reference and at the same time to hide the cars and buses that visit the place, we propose a large black wall of volcanic stone, as if it were a windbreaker like those raised around salt mines.  A gap in the center will be the only entrance to the compound.  Trees will be planted for shade in that parking area.  And only when one goes through that gate will the impressive landscape of the Salinas appear from high, underlined by that large black platform. 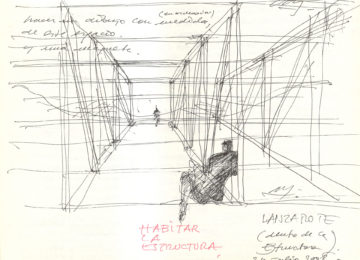 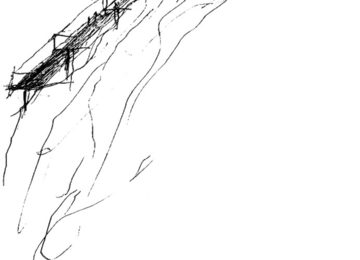 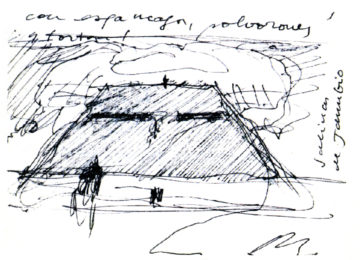 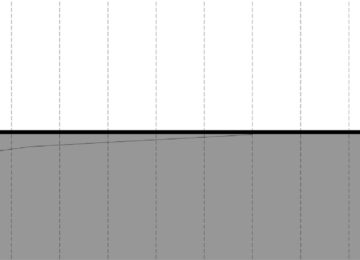 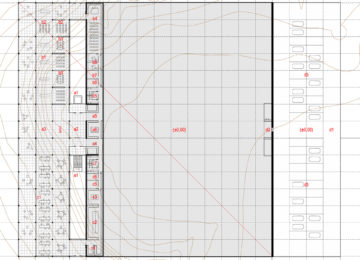 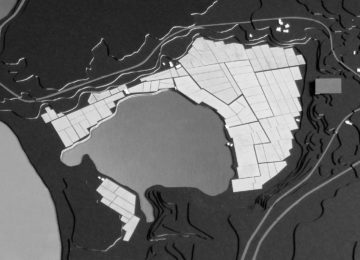 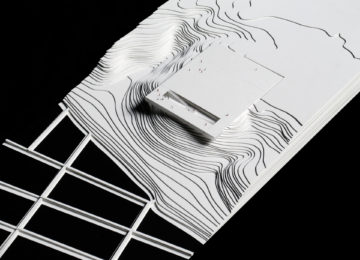 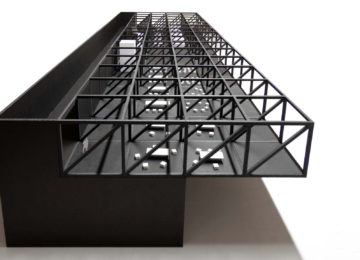 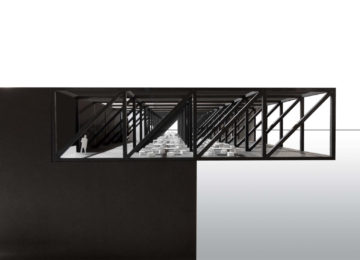