The end crowns the work

Introduction to the dossier on the house in Gaucín.
April 19 2015

Maybe, surely, the house in Gaucín must be one of the most studied projects of my entire career as an architect. Proof of this is the huge quantity of documents contained in its impressive dossier produced in my studio.

The first sketches of the house, by then located in Gaucín, date from 7 September 2014 and feature the central theme of a great window framing the impressive view of Africa, the rock of Gibraltar and the Mediterranean. Since then we have completed as many as 78 sketches.

There is a marvelous engraving of the view of Africa by the Scottish painter David Roberts from 1833 during a visit to Spain, which looks as if it could have been done from our house. And from the same perspective, with the same elements – Africa, Gibraltar and the Mediterranean – the painter Genaro Pérez Villamil painted a splendid canvas in 1849, which is today housed in the Prado Museum.

The impressive view becomes the principal theme of the project. In order to precisely define this we made 12 scale models, which, once photographed and suitably tweaked, enabled us to fine-tune our work to the utmost. The models have been made at varying scales permitting us to control the question of views, light and placement on the terrain, which is a steep slope.

The main interior space is envisioned as a 7 meter high vertical space, with a trapezoidal ground plan encompassing the required rotation for the house to focus on the main vista. A circular central skylight opens on the roof, allowing the sunlight to pass through and record the movement of the sun on the walls and floor, rendering visible the passing of time.

The house joins the garden via the necessary platforms, given the steep slope of the terrain. These platforms and the corresponding verandas with their canopies and arbors will connect with the natural, leafy garden via stairways and ramps, thus creating a series of most interesting itineraries.

In order to maximize the precision of the projected space, in April 2015 a full-scale wooden platform was built in situ, in order to position as accurately as possible the great window of the main space, which we constructed with wooden bars. Corrections were made in situ which proved extremely effective. 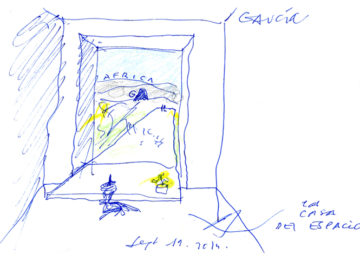 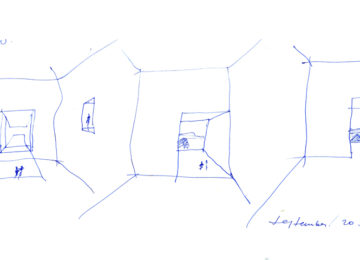 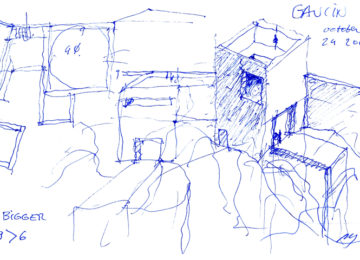 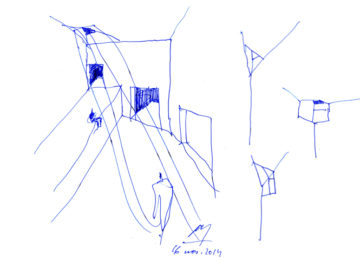 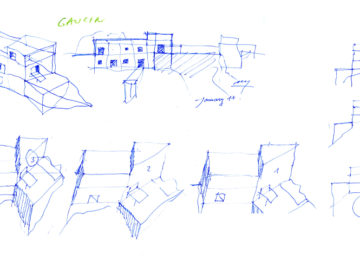 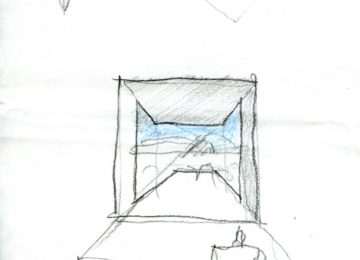 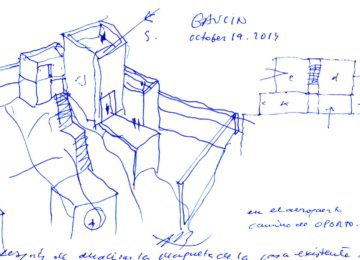 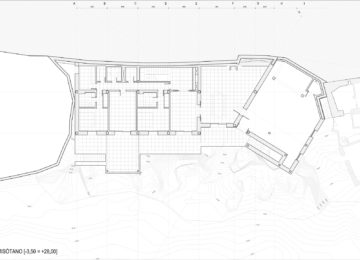 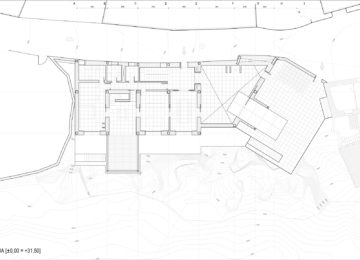 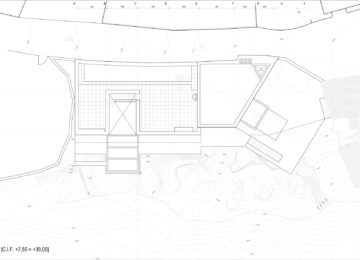 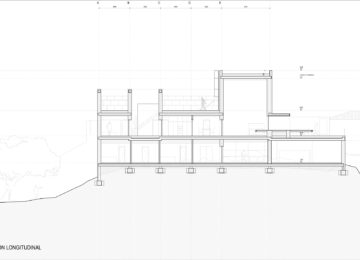 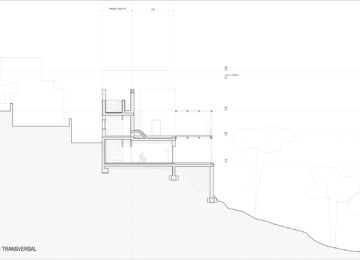 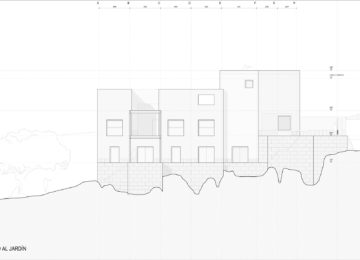 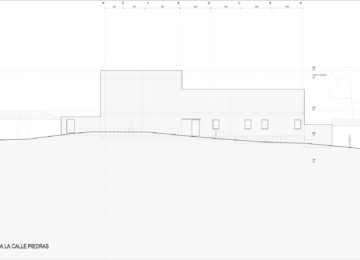 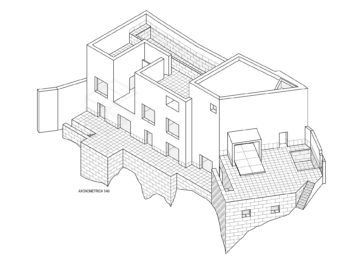 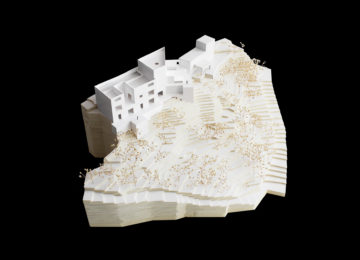 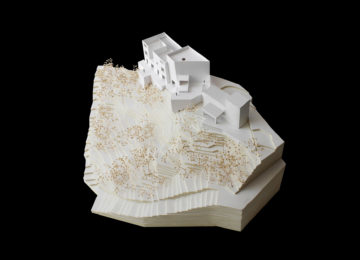 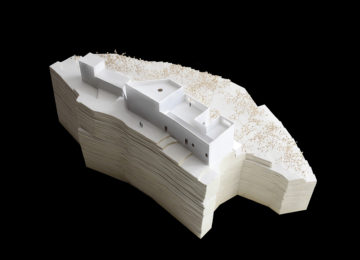 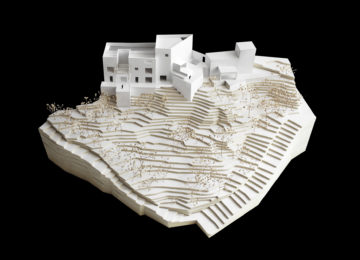 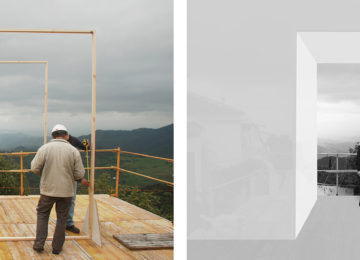 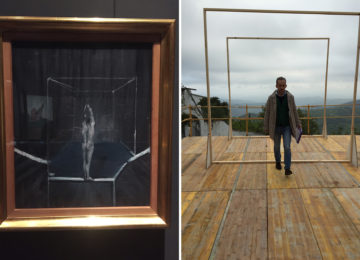 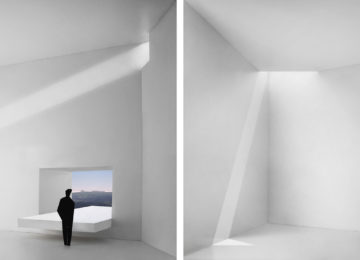