The central theme of this small apartment building in the Plaza de Falla square in Cadiz is to complete the space currently comprised by three public buildings: the Teatro Falla, the Casa de las Viudas and the Facultad de Medicina (the Falla Theater, the Home for Widows and Orphans and the School of Medicine).

Given that the three are public buildings, the new private housing must have an elevation in accord with the three neighboring “civic” facades.

Well-known strategies of composition and construction have been used. A façade is thus built that, while apparently having a free composition, still establishes a main central vertical axis marked by the entrance.

Above to the right, a turret is proposed to balance the frontal composition, which also deploys an architectural element common to the typology of Cadiz’s domestic architecture; the corner tower in its torre de silla variant. On the corner, the edges of all the openings are vertically aligned in order to accentuate the building’s verticality.

The openings, all of them, are very vertical, floor to ceiling balconies, measuring almost three meters high and one meter wide, which are equipped with shutters that open outwards. These shutters are made from a single piece Macael white marble. The natural movement of these elements gives life to the facade. The base of the building is similarly clad in white Macael marble, honed and flush with the finish of the façade. This honed white stone will delicately contrast with the rest of the matte, white painted stucco facade.

The floor plans have been designed with the utmost precision. A central courtyard, typical of Cadiz contains the stairs and elevator. A first strip of service elements, bathrooms and kitchens are ventilated and illuminated through this courtyard, while the living-dining areas and bedrooms face the street. All with the maximum rationality and simplicity. 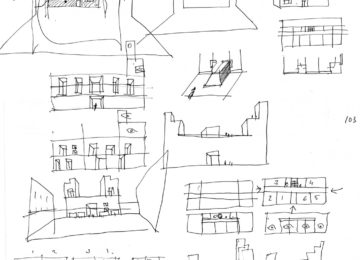 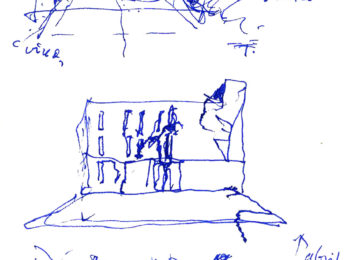 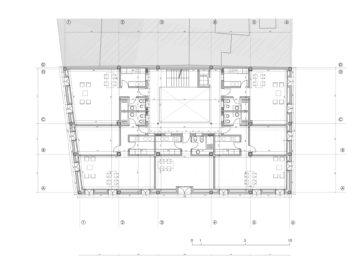 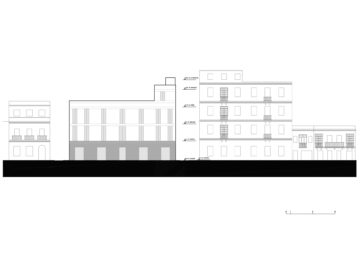 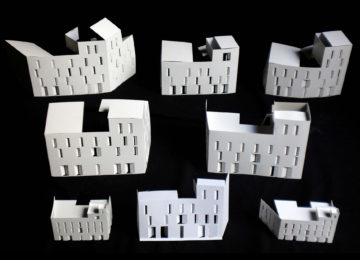 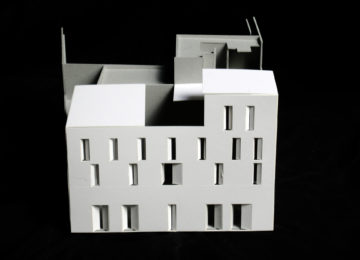 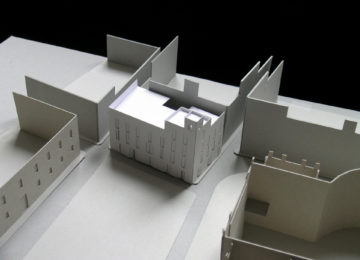