Columbus’s egg, because of the community living proposed. Where privacy and community are simply combined. Because of its sobriety, like a commune, like a phalanstère.Intelligent, flexible, sustainable and accessible housing.

Communal life organized in floors, with a representative of each and someone in charge of the general administration, organization and care of the building.

On the ground floor, a wide transversal band in accord with the structure will serve as a portal with entrances on the two streets. The rest will be commercial spaces that will relieve the entire financial operation.

On the first floor, a large hall with triple height ceiling for community activities. And on the rooftop, an outdoor space for common use, clothes washing, solarium, gymnasium, day care and leisure. With the equipment these facilities require. Finally, in the basement, parking space.

The façade is clad in large format white tile reinforced with fiberglass. Floor paving and walls are also finished in white ceramic.

Both in the rooms as well as in the large common area, corridors and galleries, something as simple and typical of the region of Andalusia will be applied: cross ventilation.

In short, a new way of living, plain and simple. 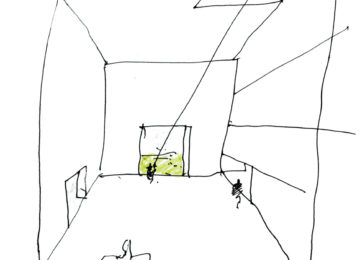 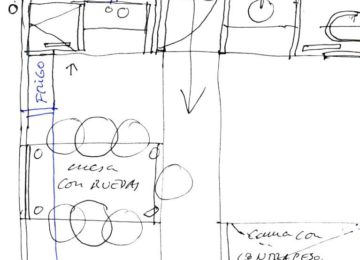 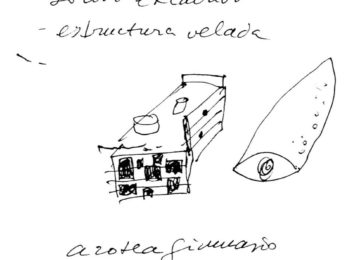 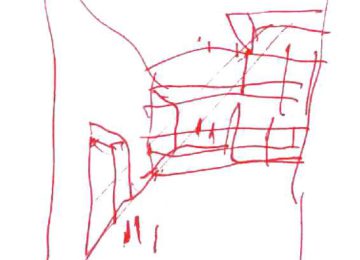 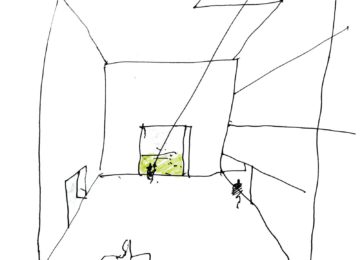 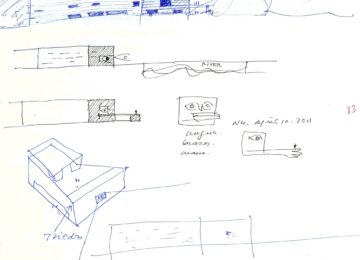 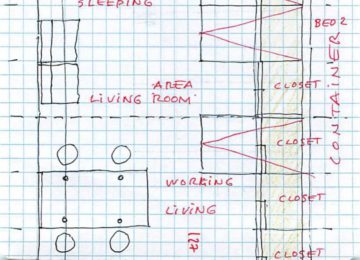 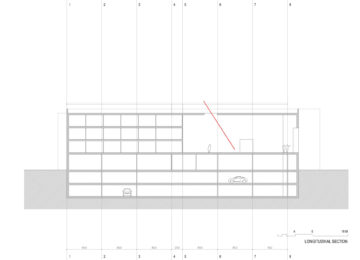 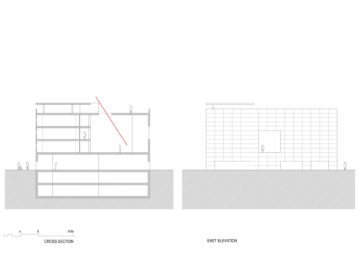 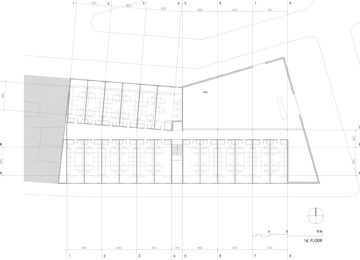 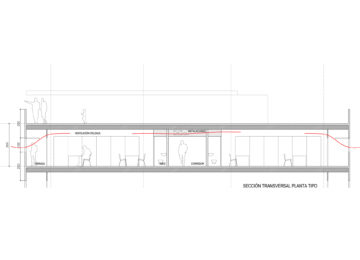 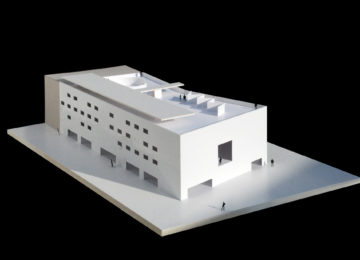 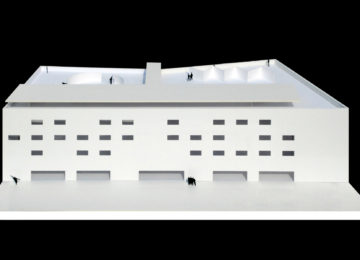 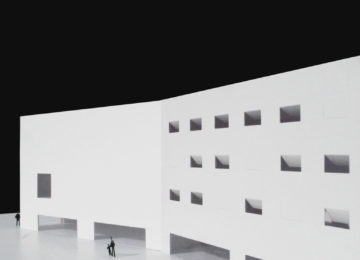 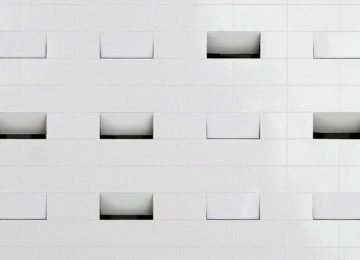