It was the year 1985. Together with Javier Carvajal and Ignacio Vicens we had been cooking up a storm at the ETSAM. We brought the best architecture of the day to the Architecture School of Madrid. From Richard Meier and Peter Eisenmann to Alvaro Siza and Tadao Ando, ​​and many other top architects.

I decided ­- what folly! – to write a book about young Spanish architecture. It was entitled YOUNG SPANISH ARCHITECTURE, and I managed to persuade Kenneth Frampton of Columbia University to write a Prologue, and Charles Poisay too. The book was officially presented at ARCO 85 by Paco Calvo Serraller on 22 February 1985, and we later celebrated it with a big party at my house in Almirante 9.

The book, made in the image and likeness of the New York publication OPPOSITIONS, designed by Massimo Vignelli, presented more than 50 up-and-coming Spanish architects. It was entirely in English, with an impeccable translation by Xavier Iglesias.

Of those 50 architects, sixteen are currently working as Professors of Project Design at various Schools of Architecture across Spain: Alonso del Val, Sancho Osinaga, Capitel, Casabella, De Miguel, Diaz and Recasens, Linazasoro, Iñiguez and Ustarroz, Navarro Baldeweg, Portela, Ruiz Cabrero, Sierra, Tuñón, Vicens and myself. And the others continue making first-class architecture. It would seem that we got our forecasting right.

33 years later, it is indeed clear that the adventure was worth it. 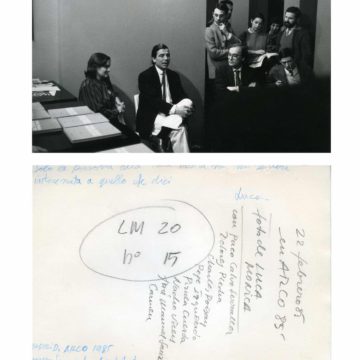 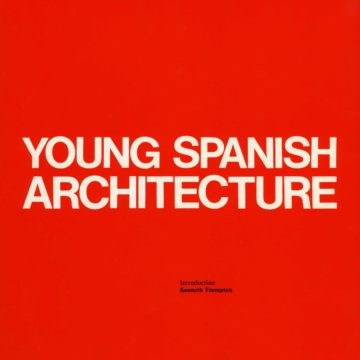