NOTE FROM THE DIRECTOR OF THE ETSAM

Yesterday our Emeritus Professor Alberto Campo Baeza donated his archive to our School. The documentary collections it contains will greatly facilitate the development of research in our center. They constitute the memory of the creation process and work management of one of the most important and internationally recognized architects who forms part of our institution.

On behalf of the School, I would like to thank Professor Campo Baeza once again for his generosity and to rejoice that he is one of our teachers.

I would also like to thank the Director of the Library and all her team for their enthusiasm and work with this new fund which will further enrich the ETSAM intellectually.

To mark the celebration of recent events, Professor Campo Baeza had already given the ETSAM Library the complete documentation relating to two projects, one built and one unbuilt. The first of these is the building of SM Editorial Offices in Boadilla del Monte, Madrid, in 2003. The second is the project for the MNAC, the NMAC Foundation’s Museum of Contemporary Art in the Dehesa de Montenmedio in Cadiz, 2006. The documents for both projects have already been produced on computer systems.

In addition, the ETSAM Library received from Campo Baeza an original plan by Antonio Palacios of the Cibeles Palace of Communications building in Madrid. The plan is an original DIN A1 size, on canvas paper, dated 1915 and signed by Mr. Antonio Palacios Ramilo and Mr. Joaquin Otamendi, the engineer who calculated the interesting riveted metal structure of the Post Office building. Professor Carlos Sambricio has suggested that it could have been drawn by Secundino Zuazo, since at that time Zuazo was working on that very project with Palacios.

Another previous donation from Professor Campo Baeza to the ETSAM was an original of LES 5 ORDRES D´ARCHITECTURE DE VIGNOLE, the Five Orders of Architecture by Vignola, published in Paris in1665. This marvellous book is now housed in the ETSAM Library and available for consultation, having been carefully restored by the library. For ease of reference, a scanned version is accessible on the ETSAM Library network.

In addition to thanking Professor Campo Baeza for his donation, the ETSAM Management wants to take this opportunity to encourage the entire university community, professors and students, to donate documents of this nature which, as indicated by Professor Campo Baeza, should always be available to everyone, especially at the present time when access is made possible so very easily.

The ETSAM Management also intends to ask the relevant ETSAM architects for their original drawings to form part of the Library’s collection. The idea is to increase the ETSAM Library archive, where these documents are collected and made available, in open format, to the university community. And in time this will become the storehouse of the legacies of the architects who have studied in the ETSAM, their alma mater. 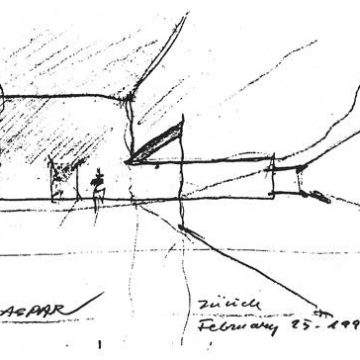 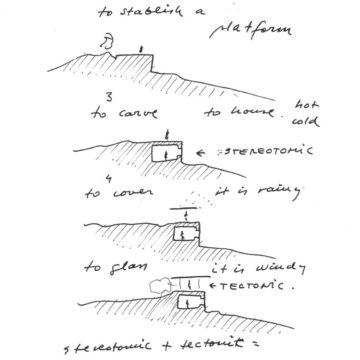