It is often said that numbers sing. In this case we would say that the numbers trill, as the birds sing when they are happy.

Sometimes numbers sing. And in this case, the numbers seem to sing a polyphonic Bach composition, so complex and extensive, yet so simple and clear.

How can the 27,800, twenty-seven thousand eight hundred followers on my Instagram account not sing to me, only five months since I signed up for it?

How can they not sing to me, those 604, six hundred and four references in the UPM Digital Archive, which is the largest number of references in that medium of any professor of that public university, the UPM?

They’re such outrageous numbers that today I’m incapable of digesting them. They are enormous, excessive, and I don’t think I deserve them.

We must recognize that the digital world is not the future; it is the present and the very present. Children already been born in it know this very well, and they move around in it like fish in water.

Recently, during a large party attended by many friends, the YouTube video we were all watching on a giant screen broke down. The IT guy who was in charge tried again and again to fix it but to no avail. That was until a few children, the grandchildren of the guest of honor, arrived on the scene and fixed it all in the blink of an eye. And the party continued.

I still know very little, almost nothing really, about computers. I constantly struggle with mine, and I invariably have to turn for help to my colleagues, who are much younger than me, and who know everything about this digital world.

But I have to acknowledge, to celebrate, how truly extraordinary these new digital media are. 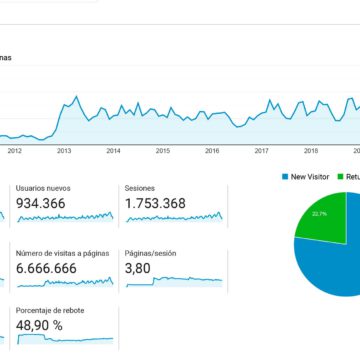