The intention was to recover the power of the original stone facade and elaborate a space, although small and obscure, full of light and giving the impression of spaciousness. While at the same time, forming a solution which guaranties the store’s security during the hours it is closed.

The original stone facade is thus left clean, the precise composition of the lower part of the building, with four stone arches, made evident. A diaphanous interior is created, glazing the entire narrow street facade, and aptly placing mirrors facing one another on the longitudinal walls. The ceiling, entirely black from a certain height, is studded with lights which, reflected by the mirrors, orderedly multiply to infinity. Like a star filled sky. Finally, the space is closed to the street by thick and weighty black lacquered steel doors which, more than just being secure, have that appearance. In the doors, at the eye-level of the passerby, a horizontal incision is carved which permits a suggestive view of the store’s interior when it is closed. The subtle separation of this door from the edges of the stone opening, reinforce both its strength and the purity of facade’s opening in an efficient operation of contrasts. It is as if the door leads to that star studded sky. 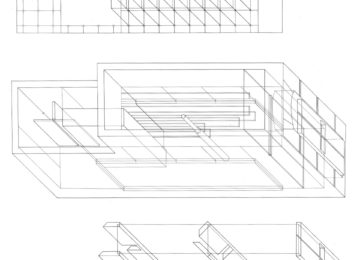 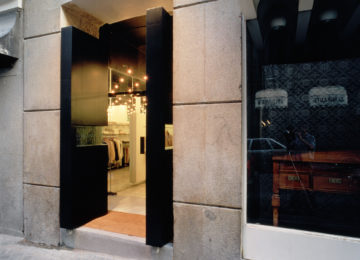 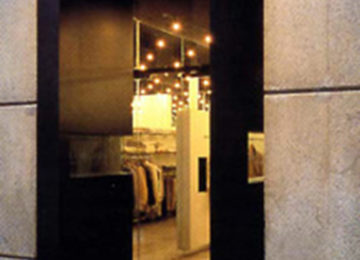 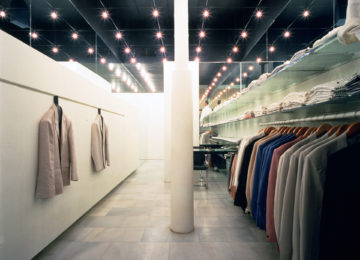 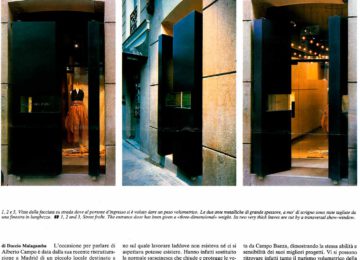 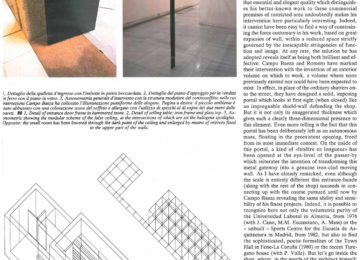