We aim to create the most beautiful house in the world.

The site is on a slope looking out to the sea, which is why we opted for a bench-like arrangement for the house.

The first longitudinal piece, set on the first platform closest to the road and at street- level in compliance with setback space regulations, will contain the garage and accommodation for live-in staff.

The second platform, at a lower level, will be a little larger and provide the base for the main area of the house, the living-room, dining-room and kitchen, in an extensive quadrangular parallelepiped volume of 12x15x 7´5 m, or even higher if regulations permit. In this voluminous space, there will be large horizontal openings, 2´10 m in height, framing the views to the sea beyond and the surrounding landscape. In the ceiling an open skylight in the southern corner will render visible the passage of time with the passage of solid light tensing the space with very special qualities.

The third platform, on the next level, contains a longitudinal bench accommodating the most private functions: the bedrooms which are accessed via a longitudinal corridor providing access at the rear to other functional areas requiring greater privacy.

At a lower level, a final platform, also with a longitudinal bench, for practical functions related to the garden below, with the main swimming-pool.

The entire building will be articulated, threaded, via a transversal multi-level interconnected route with three stairways conveniently placed to one side. On the one closest to the street, an elevator travelling to all levels will facilitate ease of movement.

We envisage a very naturalistic garden with autochthonous plants, such as the native lentisc typical of the sand dunes here. The lentiscs will eventually invade the platforms so that the house will become rooted to its landscape over time. As the house is south-facing, we propose verandas with tempering vines and jasmines.

The solution presented here corresponds to a villa of 1.200 m2, which, in view of its shape and geometric layout, is readily susceptible to reductions in its surface area. 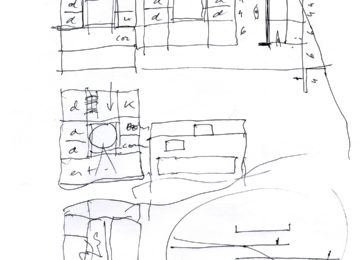 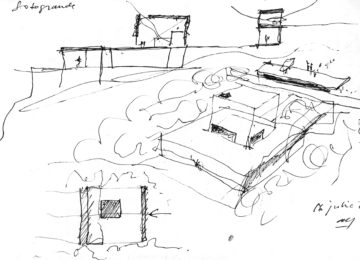 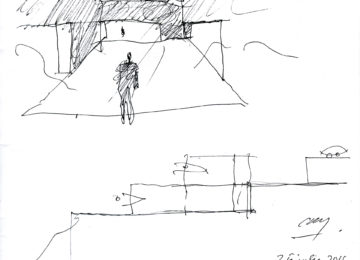 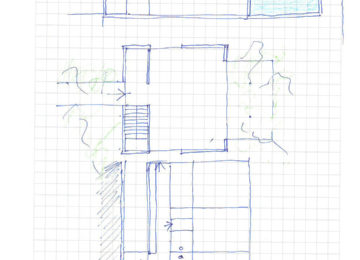 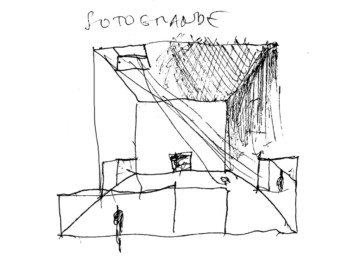 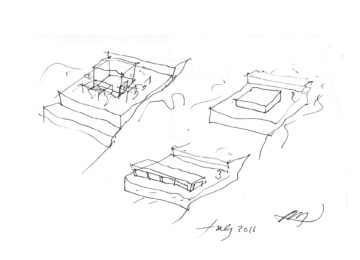 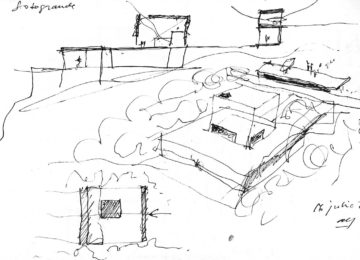 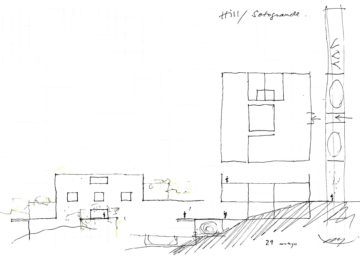 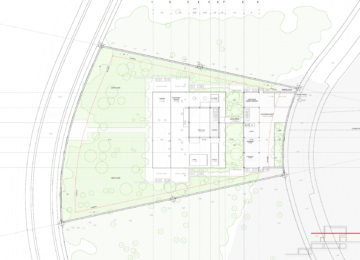 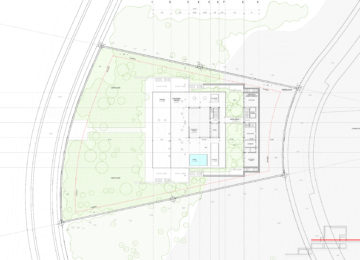 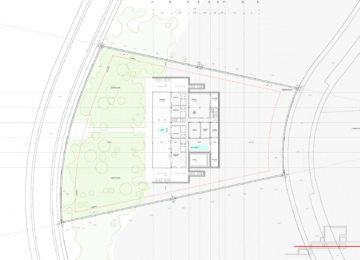 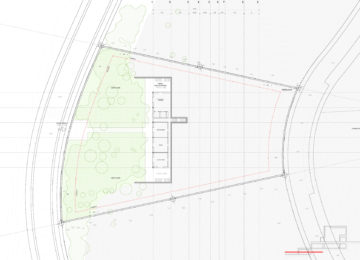 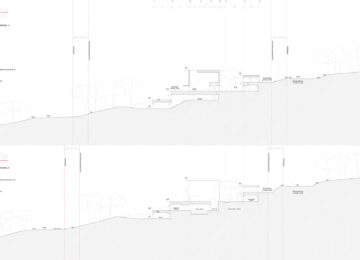 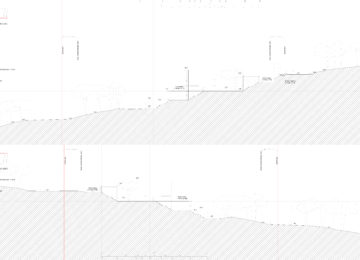 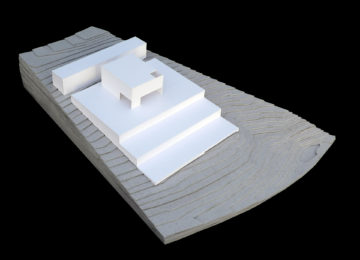 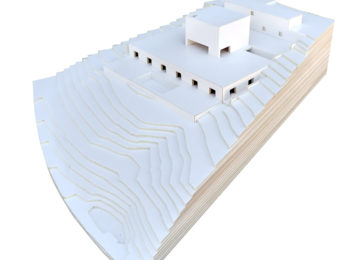 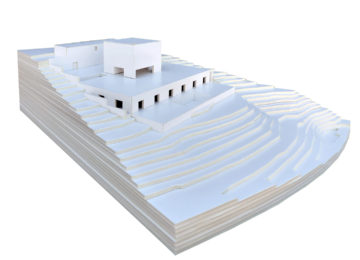 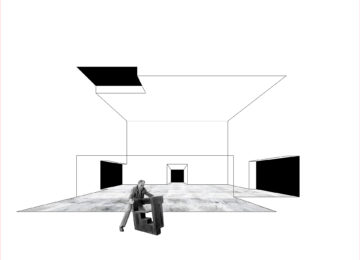 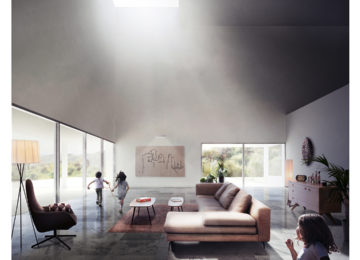 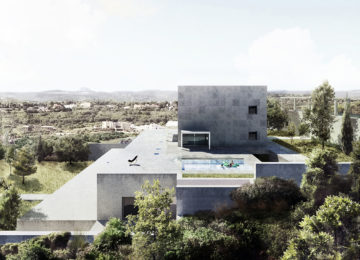 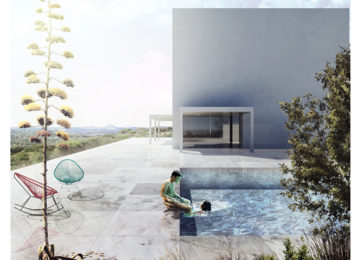 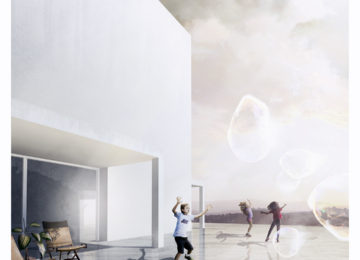 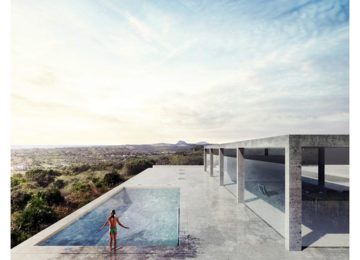