A box filled with beauty
A space where everything is possible on the beaches of El Tecuán
Jalisco, Mexico.

El Tecuán is like paradise on earth in Jalisco, Mexico. And at the confluence of two of its large, sandy, bow-shaped beaches, is a rocky promontory juts out into the sea. And there we have been asked to come up with the most beautiful answer possible in terms of architecture.
We decided to create a horizontal platform perched on the rocks from which to contemplate the sea. Like the deck of a stranded ship, or better still, a temenos. In ancient Greece a temenos was a piece of land assigned as a sanctuary where gods and mankind came together. The Acropolis of Athens is a temenos.

And to build the flat platform on high, we hollowed out the rock in order to place in it a 64x22x9 m. box built with the same excavated rock, or with concrete made from that same rock. A box filled with beauty. So there will appear on the landscape a high horizontal plane, or the upper part of that box, which will look as if it has emerged from the bowels of the earth. And since it’s all from the same rock, everything will be perfectly integrated.

The horizontal platform will be shaped at the edges on the one hand to create seating areas, while on the other protecting us from the edges without the need for railings. Three large staggered rafts excavated in the platform will provide a seating area for the contemplation of this extraordinary landscape.

Inside, we have designed an impressive empty space, full of shadows crossed by the light coming from above through the openings we excavated in the upper plane and in the surrounding walls. And to support this structure, we created a framework of 1x1m beams and columns following the rhythm of 1, 6, 1, 6, 1, 6.1, all made of reinforced concrete, accurately following the structural light and using the same stone as aggregate.

On the walls, several large openings like empty windows, the biggest of these on the side facing the sea, about 4 x 4 m. Its sill will be a very wide table-top. All the openings will be exposed to the air, with no woodwork. The entire large artefact faces the ravages of the air, the wind, the sun and the sea with this robust and radical architecture that we have designed. And it will be visited by birds and their songs.

A series of 2×2 m square skylights, following the rhythm created, will cast an extraordinary light inside.

The functions of this beautiful box will be very diverse. From exhibitions to concerts, conferences and theatre. Here everything is possible.

The other, smaller platform, on top of the other smaller rocks, will be a simple plane, a concrete slab, which will be folded at the end to provide seating.

We hope that we have been able to suitably respond to what has been asked of us by designing a sublime piece of architecture, the most beautiful architecture in the world. We are convinced of that, and very excited.

Le bateau îvre
The storm it blessed my seaborne awakenings.
And lighter than a cork I danced upon the waves
That they call eternal rollers of victims,
Ten nights, not missing the stupid eye of lanterns!

RIMBAUD
I started awake to tempestuous hallowings.
Nine nights I danced like a cork on the billows, I danced
On the breakers, sacrificial, for ever and ever,
And the crass eye of the lanterns was expunged. 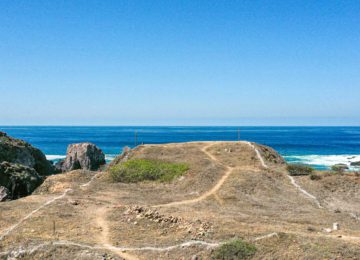 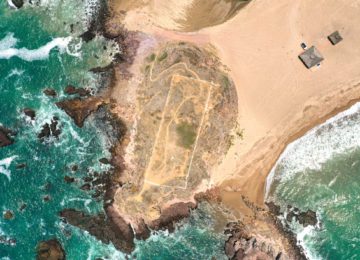 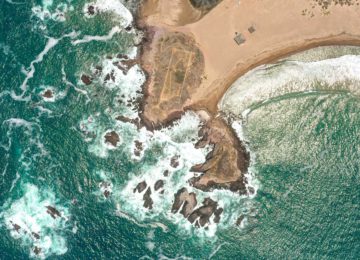