This project, with Vitoria and Pamplona, finishes the cycle of three educational buildings designed without interruption. In this case a residence for 120 students is added.

The extremely elongated site runs north-south, parallel to the river. Logically, the adopted scheme is longitudinal with the main axis having the same orientation. Presiding over the northern end, the tall dormitory tower opens to the south, to the sun. The glazed living room spaces open to the north and offer interesting views from above of the historic city of Salamanca.

The public spaces are joined along the main axis which is closed at its southern end by the workshops. The classroom block orthogonally crosses this axis just before the workshops.

The main hall is located at the convergence of the two axes, continuing the triple height of the classroom block. Its vertical proportions are intensified by the central top-lighting and the gridded structure of the ceiling which works as a veritable trap for light. Immersed within this space, the main stairs allows in its trajectory an appreciation of the space’s beauty.  A long, half-buried, covered walk connects with the exterior, its shadowed character making the arrival at the luminous hall even more moving. 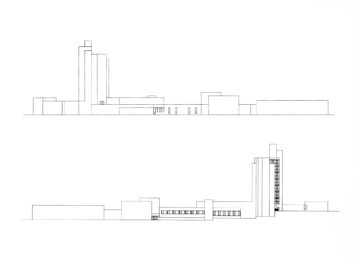 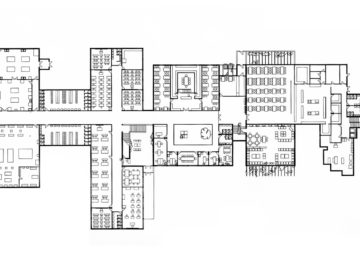 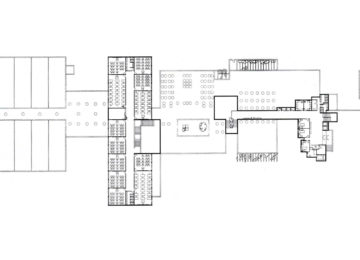 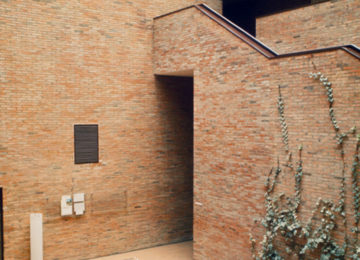 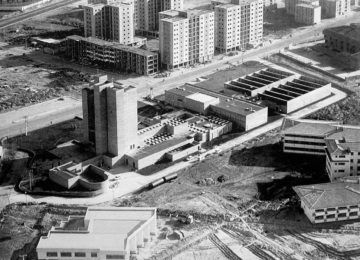 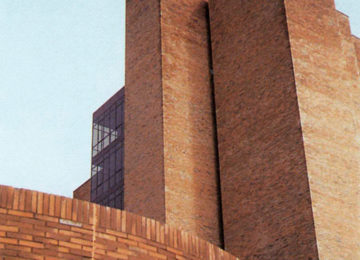 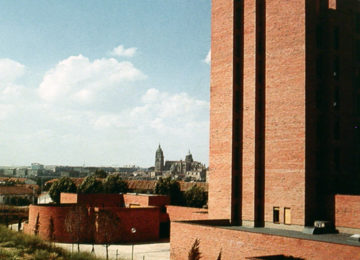