LETTER TO A YOUNG ARCHITECT

My dear and young friend:

Do you know the “Letters to a Young Poet” (Briefe an einen jungen Dichter) by Rainer Maria Rilke? You should know them!

He wrote from February 17 1903 until December 16 1908 a collection of letters capable to remove your hearth and mine!

However, my letter, this letter is dedicated to you because you are thinking in studying architecture, Architecture!

Going up and down stairs

Architecture is like going up and down stairs. You can climb the stairs two by two. You can study diligently and learn many things in much less time. You can’t go down the stairs two steps at a time, nor do you have to. You don’t have to make plans or build projects with undue haste. You have to work at least twice as hard and spend twice the time to design and build something that is for life. Just like honey being poured from a jar, it has to be done calmly and at just the right speed. Slowly and carefully, as an old Spanish saying goes, doing things well is more important than actually doing them.

“Being an architect” requires strength of character. It‘s rather like “being a doctor”: either you are or you are not. Maybe that’s why these two degrees, Medicine and Architecture, have so much in common, because they are vocational. Maybe that’s also why the two degrees are longer and need greater maturity. Something that those who make our education laws seem to be unable to understand.

Someone who THINKS UP things that can be built. Someone who BUILDS something that is well thought out. A DREAMER. An  ARTIST. A TECHNICIAN. Not a composer of forms. Not a simple builder of materials. Not someone frivolous and haphazard. To be an architect means being capable of transforming a house into a dream and at the same time being capable of transforming a dream into a house.

Like a DOCTOR, who diagnoses wisely and without haste.
Like a CHEF, who combines ingredients in an informed way.
Like a POET, who places words in such a way that they can thrill us.

With the same words one can create a beautiful poem or a load of rubbish. This is also true in architecture: with the same materials one can build an uninteresting piece of architecture, or, a stunning building that can really stop us in our tracks.

And to be a good architect you don’t need to have a kind of neurotic obsession with seeing buildings everywhere – of which there are a limited number of very good examples, and rather bad ones in abundance – but all you need to grasp and hold onto are the concepts of space and light.

“the building awoke every morning to the call of the sunlight that came to visit it every single day”. American writer Henry James wrote about the Pantheon in Rome.

DRAW. Draw everything. Keep a pocket notebook and a pencil or a fine ball-point to draw everything you think can help you as an architect. From buildings or squares you like to everything on your desk. Or passers-by, or your other hand, the one you don’t draw with. Someone suggested drawing with your left hand. And try to make your drawings analytic and expressive. See, observe, draw. And if you like painting, paint.

TAKE PHOTOGRAPHS. Photographs of everything. And be analytical too, just like with your drawings. Play around with a camera and enjoy the results. You will start to understand the importance of light in the perception of space. See, look, photograph.

THINK. Analyse everything. Think over everything you see that you think is related to architecture, space and light. Try to work out the reasons why such and such a building does or doesn’t appeal to you, not just whether you like or dislike it. You will surprise yourself. Architecture is amazingly logical.

WRITE. Jot down everything. Write down what goes through your mind. It’s the best way to complete the process of drawing, taking photographs and thinking. And try also to relate your reasoning to what you have learnt in history of art classes, or philosophy or literature. Writing forces you to reason and to organise your reasons. I advise you to keep another notebook, not your drawing-book, for writing all this down. And if you manage to get something published that you have written, even if it’s only in the school magazine, this will encourage you and boost your morale. Try to be very analytical and clear in what you write. Try to keep your writing orderly and clearly understandable. Write poetry too, it will help you to fine-tune your ideas.

And READ. Read lots and enjoy what you read. Not only about Architecture but about everything you like and that interests you. Especially poetry. And understand how close it is to architecture, translating ideas with words placed in such a way that they make us dream. And analyse what is the internal order of these words. Cry with Ulysses when you read the Iliad and the Odyssey. And laugh with Don Quijote of La Mancha. From the most recent novels you have read select passages in which architectural themes are described in one way or another. Read them again with a fresh pair of eyes.

There is a marvellous writer and philosopher, George Steiner, whose autobiography “Errata” I recommend. In it he tells how when he was small his father gave him lots of books to read, one by one. When he was reading, if there was a passage that he didn’t quite understand, he had to read it aloud. If after that he still didn’t understand, he had to write it down. In the end there wasn’t a text that he didn’t understand. A delightfully simple, straightforward and educational exercise: try using it in architecture and in life.

I hope this letter will be useful for you for becoming more free in your election and happy. Architecture is the most beautiful labour all over the world! 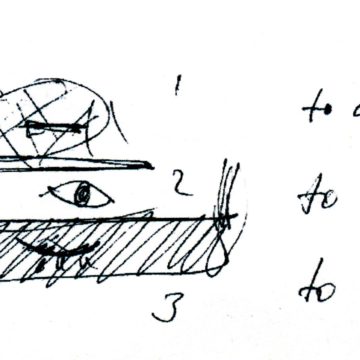 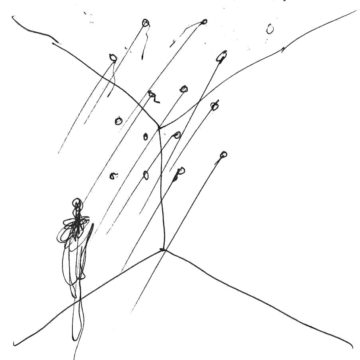