PERFORATING THE CLOUDS
On light. When solid light pierces translucent light
In collaboration with Studio Melesi

Once again I would like to reflect on light in architecture, because I believe that we can continue to make progress on how to use light, by investigating into new possibilities of controlling light in a precise manner.

Light is the most luxurious material that we architects work with. And because it is given to us for free we sometimes fail to value it sufficiently. There can be no architecture without light, just as there can be no music without air: Architectura sin luce nulla Architectura est.

When Gothic architects built their cathedrals in stone, their over-riding interest was to go up and up to get more light from above. Their intention to make their naves increasingly higher was not only the search for greater spirituality in the form of their construction, but the search for the greatest amount of light through their highest stained glass windows. Light was the crux of the matter.

As the transparency of glass was not absolute at the time, we can imagine how at the beginning those spaces would have been filled with a very special, translucent, extraordinarily beautiful light. But those Gothic creators, imbued with a pedagogical purpose, filled those translucent stained glass windows with color and doctrine. And those Gothic spaces lost clarity. They overlooked the fact that at the origin of all that was the search for a greater amount of light and they extinguished those spaces by filling them -and I stress the words- with color and doctrine. More doctrine and less light. More spiritual light and less material light.

Only rarely were those naves filled with a whiter, more celestial light, what we now call translucent, making them appear, in a sense, to be inside a cloud, in the sky.

Later came the Baroque period, when the best architects took on light as the central theme of their operations.

Many years after that, the “glass block” was invented, with the possibility of building an entire wall, drenched with light. And now what some wish to patent in this century, translucent concrete “in situ”, that fails to add anything substantially new to that marvelous “glass block”.

Would it be possible that just as solid light produced by the sun’s rays “breaks” the darkness of space in shade, it could also imbue the translucent space with that same tension?

With the aim of furthering that chapter in the history of Architecture, of going one step further in relation to the theme of light, we envisage a new type of space that, having learnt from all previous forms, poses new possibilities.

It would be like a cloud. The most mysterious space. The most surprising. The most exciting. We want to build a dream.

The entrance of direct light would be the counterpoint to the cloud of translucent light that would flood our space. And solid light would stream in, reaching right down to the ground. Featured and highlighted in this way, the light of the sun would move around caressing the walls of our space, surprising visitors to the Expo in Milan.

The project, now in its maturity following intensive work, is precise, simple and effective. Capable of reaching out to people. And capable of remaining forever in their memories and in their hearts. 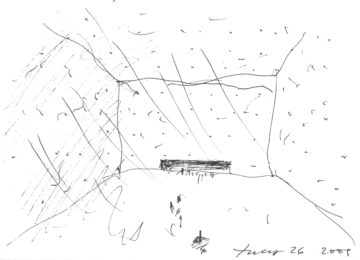 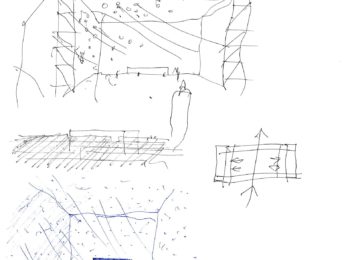 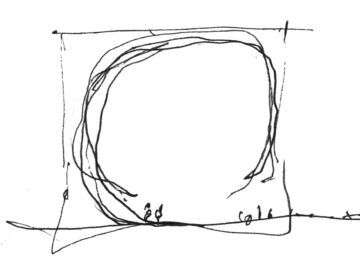